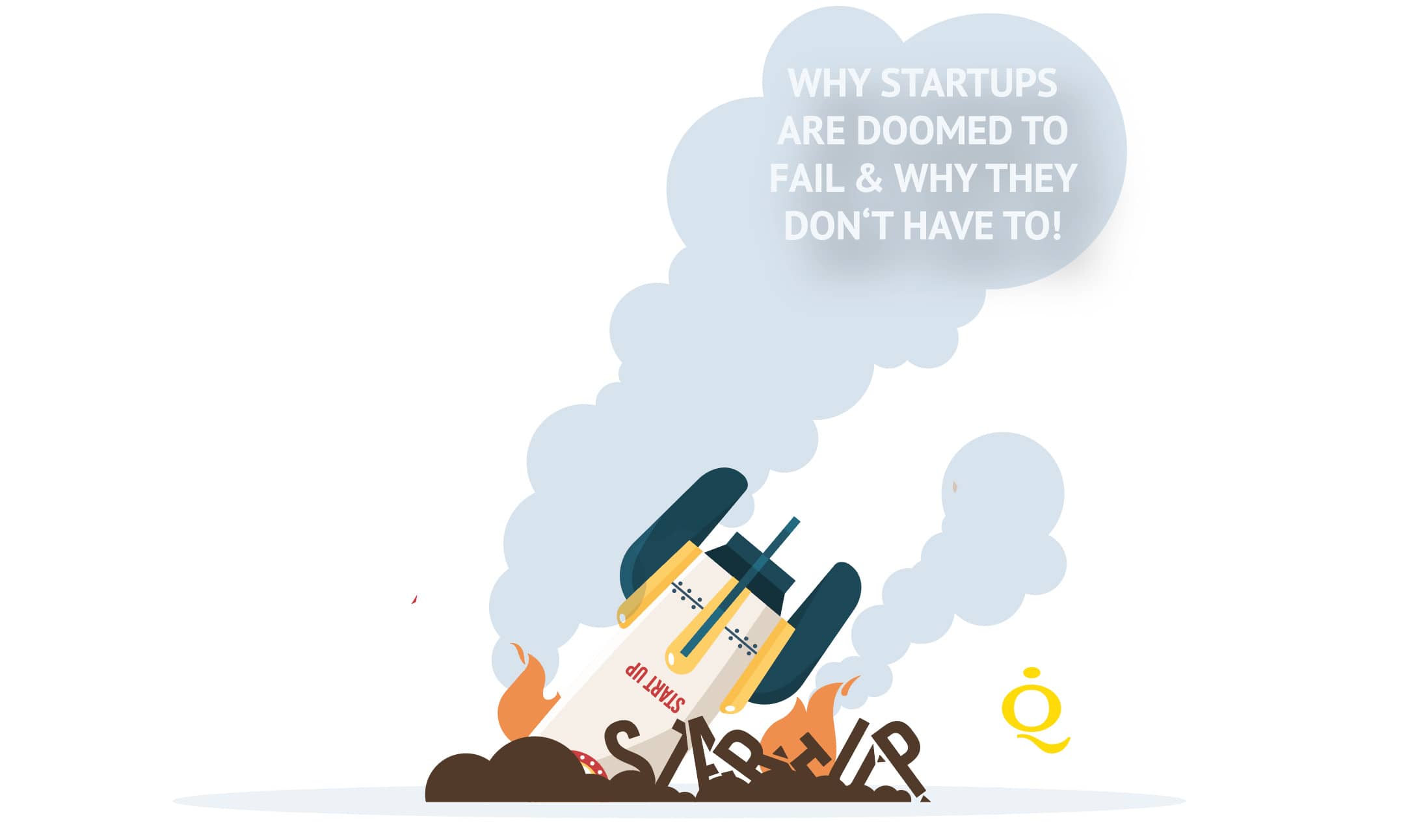 90% of all startups never see a successful future coming. Why? Because the team isn’t dedicated enough? That’s a classic. “If you don’t succeed, work harder!” But no, “lack of passion” is mentioned only by 9 percent according to a survey amongst 101 Startup Post-Mortems.

Why startups are doomed to fail …

The “top reason” why nine out of 10 startups fail is pretty simple: “They make products no one wants.” The failure, therefore, happens right at the source — in the ideation process. People fail because they often take the very first idea that pops up and put their heart and soul into rolling the beloved idea out. Like, they love playing basketball and decided to open up a training center for kids to learn the game. But, what’s slam-dunk about the idea?

… and why they don’t have to

Of course, following something you love is a pre-requisite. In the long run, it’s your dedication that will sustain you. But, if the idea itself isn’t enticing, simple, or relevant enough to open the doors into the market, who cares about your dedication? Roald Admundsen, the first man to reach the geographic South Pole in 1911 said, “Defeat is certain for him who has neglected to take the necessary precautions in time; this is called bad luck.” When the going gets tough, it might be the tough who gets going, but it’s the well-prepared idea pioneer who will return home safely. To take the necessary precautions for a startup means: to have a business idea that guarantees growth in the first five years.

So, how do you know that you have found an idea, that people want and you love to realize? How do you know if your idea is truly is THE CHOSEN ONE?

To be a rock and not a roll

To evaluate any idea in almost any domain, be it for private or corporate use, IQudo has developed an easy method – the “4Rs”. The 4Rs can be applied to almost every context. From developing a new product to choosing the right thesis. The 4Rs help you to evaluate your idea and even more your dedication to the idea. The 4Rs are Resonance, Relevance, Resources, and Rock ‘n’ Roll.

Is the idea meaningful?

For corporations, an idea is resonating if it follows the larger vision of the company and if it reflects the values of the organization. On a corporate level leaders could ask themselves:

Does the idea resonate with the core values of our company? Is the idea in line with our strategy? Does the brand’s core remain intact and is it carefully enhanced? Does the idea evolve our DNA?

The second “R” explores the idea from the recipient’s point of view. It is about the value of your idea to the market. Questions on a personal and corporate level are:

Is the idea relevant to anyone out there? Will it solve your user’s problems? Is it needed?

Will it stand out against the competition?  Is it unique? Does it make a big difference?

A resource is anything that is needed to get an idea rolling. Resources are capital, people, equipment, time, space, and knowledge. Questions are:

Do I (we) have the time, the money, the people, the knowledge, or any other asset that is needed to follow through?

Am I (are we) capable of realizing the idea? If not, how could we convince venture capitalists to invest?

Is there a reasonable way to get the resources?

Finding a great idea happens on a different level. It is beyond rationally weighing of advantages and disadvantages of options. It is like pulling a joker from up your sleeve. It is an illuminating moment, a flash of insight. The barometer for the quality of an idea is your feeling. A great idea triggers you deeply. It vibrates throughout your body and amps you up. It’s like in the Matrix, at the moment when Neo starts dodging bullets. You realize this is “The One”. You become confident. Everything suddenly starts to click. You are flying high on the idea. You are in the state of “Innovator’s High.” Just as runners feel Runner’s High, which occurs during prolonged, strenuous exercise when endorphins kick in, innovators experience Innovator’s High when struck with an epiphany. Having won the race against the clock, the body releases happy hormones that provide the creative with a major boost. The innovator feels enthusiastic! (From Greek: enthousiazein, to “be inspired or possessed by a God”). Innovator’s High is like champagne for your mind.

Questions at a personal level are:

Questions at a corporate level are:

Does the idea lead to intensive discourses? Are people strongly against the idea? And why? Does the idea set off some extra energy within some team members? Are some enthusiastic about it and committed to rolling the idea out?

Every “R” is equally important to evaluate an idea. However, if I would have to pick one to stand out it would be: Rock ‘n’ Roll. As Led Zeppelin sang in Stairways to Heaven:

Yes, there’s a feeling you should get when you look at your idea. It’s the feeling of Innovator’s High. And, your spirit will be crying for realizing the epiphany.

Like a child growing up, you have to love your idea and carry it through the good and bad times. In the process of getting the idea rolling, failure will be your reliable companion. There will be moments of doubt, there will be 99% of sweat and 1% of “it-was-worth-it-all!” It’s like with any sports. It’s the winning moment that’s worth all the effort. If you love your idea, you’ll have the grit to carry it through dark and stormy days. You are exploring your own path. You are an idea pioneer. No one knows what will be waiting for you at the end of your idea expedition and, what is there to lose? As Led Zeppelin concluded:

Yes, there are two paths you can go by
But in the long run
There’s still time to change the road you’re on

To find The Chosen One produce lots of ideas and wait for Innovator’s High to happen.