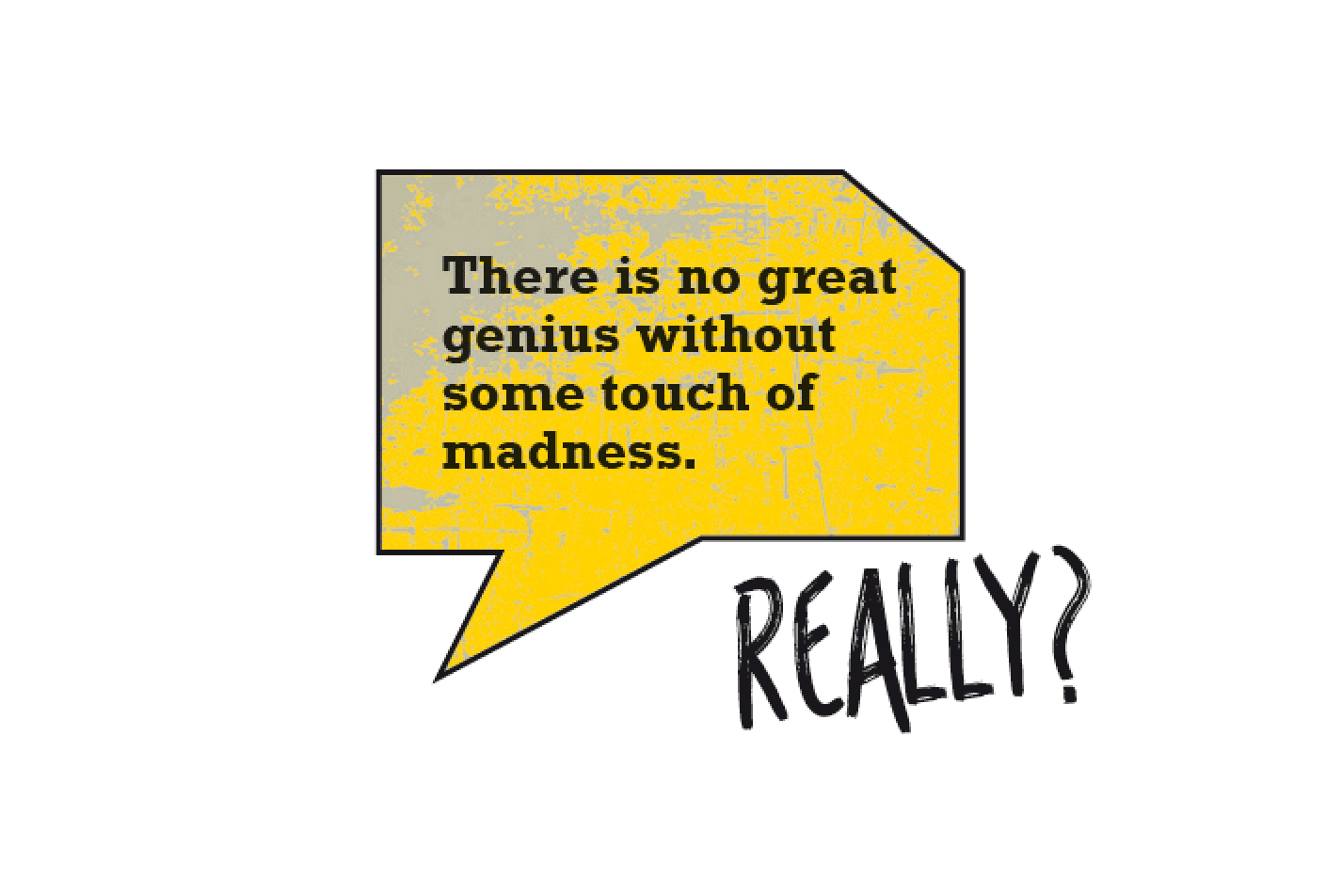 We all possess unique gifts. But only a few of us believe in being extraordinarily gifted because we believe there is a fine line between genius and madness. And, as the ordinary people we are, we are far from either state, right?

But consider this: many artists and philosophers of the 18th and 19th century didn’t go mad due to their ingenuity but to the long-term effects of syphilis. The sexually transmitted infection was ubiquitous. Writers and poets like Gustave Flaubert, Heinrich Heine, Charles Baudelaire, or composers like Bedřich Smetana, Gaetano Donizetti, Franz Schubert, Robert Schumann, Ludwig van Beethoven, and Niccolò Paganini, or artists like Edouard Manet and Paul Gauguin, or philosophers like Friedrich Nietzsche and Arthur Schopenhauer all suffered from the sexual disease. The list is long and by far not complete. Syphilis in the final state leads to neurosyphilis, a mental disorder, which occurs 10 to 20 years after infection. Symptoms of neurosyphilis include, but are not limited, to the following: blindness, confusion, disorientation, dementia, depression, headache, incontinence, memory problems, mood disturbances, and psychosis. Therefore, the common belief of genius and madness being closely related should be reconsidered. Syphilis and madness are closely related.

On the other hand, genius and conformity are inversely related to one another. Various empirical studies have proven, that individuals who score high in creativity have a strong tendency to non-conformist behavior. (Barron, 1955; Crutchfield, 1962). But being off-centered is far different from being mad. Mavericks flaunt their idiosyncrasies as the nouveau riche do. Both don’t care about social norms. Dalí cultivated his flamboyant mustache, Albert Einstein his disheveled look, and artists in music and show business cultivate their own style. So what! Creatives celebrate individuality. They don’t care what naysayers and yes-butters think! True originals believe in themselves. They don’t care about rules either; they break them! And that’s how they coax the new into manifestation. Therefore, genius and non-conformity are closely related.

Creatives live outside the box

To live on your own terms and being a nonconformist goes hand in hand with living outside the ordinary. Prowling around on the edges of the mainstream facilitates birthing the new. Think of a swamp. Within the muddy water, fishes, tadpoles, and water lilies feel at home. On the shore, the vegetation changes completely and a new biotope unfolds. In these fringe regions, totally different lifeforms blossom. Same with ideas. The new is not limited to the surface of reality but can be found in outlying districts or in the underground. It is there where non-conformists find like-minded “crazy” people. It is there, where they think outside-the-box.

One early morning in Berlin

One early morning around 3 am in Berlin, I met a woman in a pizza place who was actually a man with hair any real woman would die for. I couldn’t stop listening to him talking. She was from outer space and resembled the little Prince from Antoine de Saint-Exupéry’s famous novel The Little Prince (1943), especially when he giggled. Her perceptions about life, about other dimensions of existence, and the secret backyard club he took me to at 5 am made my synapses fire in new directions for several days.

It took one meeting only, with someone from another world, to ignite my imagination. Imagine what would happen to your creative mind, if you hung out with peculiar people 24/7? Imagine what kind of ideas you would come up with if you’d live outside the box?