How to best manage out-of-the-box thinkers? 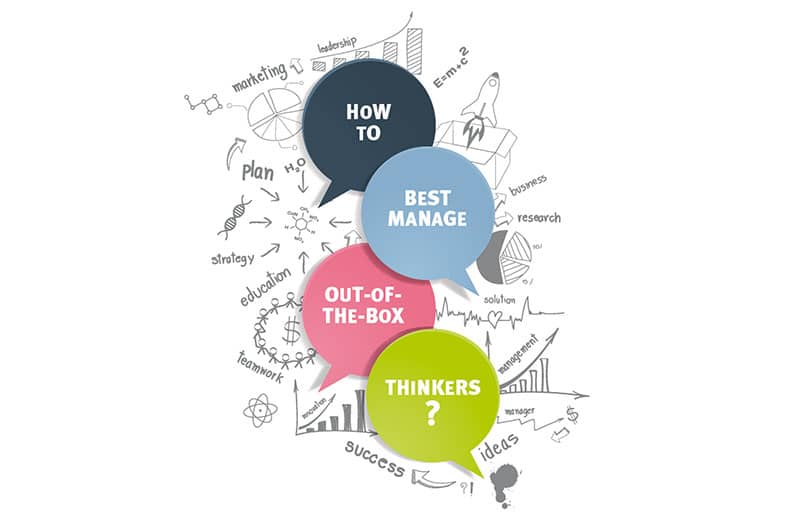 Innovative companies today expect out-of-the-box thinking and on the other, they need in-the-box behavior. Opposite traits, rarely found together in visionaries. How can leaders integrate out-of-the-box thinkers into the team, benefit from their visionary thinking, but also make sure that the process runs smoothly?”

To better understand how out-of-the-box thinkers (dissenters) are perceived in corporations, let’s have a look at a survey we conducted in Stuttgart, (Germany) in 2011. We asked 100 employees of different ages, departments, and sizes of companies: “What traits would you associate with an out-of-the-box thinker ?” 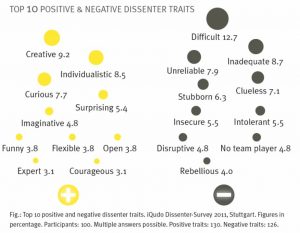 Creative but difficult to deal with

As the survey revealed, dissenters, are considered creative, curious, open-minded, and flexible, but also difficult, inadequate, unreliable, and incapable of working in a team.

One reason why collaborating with unconventional thinkers isn’t easy, is because they love to question the status quo, and therefore provide friction and endanger known processes. Another reason is that nonconformists are often ahead of the times, and their thinking is ahead of their colleagues. For instance, the great German philosopher Arthur Schopenhauer (1788 – 1860) was described as an oddball by the people of Frankfurt. Visionary Steve Jobs was kicked out of his own company in 1985 and an MBA from the IMD Business School in Lausanne (Switzerland) once asked my girlfriend, “How do you cope with this weirdo?” Dissenters have always been misunderstood, ridiculed, and shunned by society. It’s common to ostracize these types of people from the community. They simply aren’t understood, and as a consequence, they are written off as weirdos (a commonly used word for dissenter).

But today companies need the revolutionary thinking of these “weirdos” more than ever because dissenters are capable of reimagining the world by looking at problems in a new light. However, as the corporate culture often expects ‘proper’ behavior, it’s difficult for these eccentrics to fit in. The word “eccentric” is derived from Ancient Greek: [ἔκκέντρος: ekkentros and means “out of the center”; ἔκ : ek = “out” and κέντρος: kentron = “center”]. Eccentrics mentally live on the outskirts, far away from the mainstream, where they have open access to unknown areas. Eccentrics ignore social expectations and develop unconventional behaviors. Therefore, leaders are faced with a dilemma. On the one hand, they expect out-of-the-box thinking, and on the other, they need in-the-box behavior; opposite traits, rarely found together in an eccentric. Now the big question is, “How can leaders integrate eccentrics into the team, so as to benefit from their visionary thinking, but also make sure that the processes run smoothly?”

Permission to behave in ways that oppose conventional behavior is what allows people to think outside the box. Out-of-the-box thinkers feel extremely comfortable in environments where they can behave any way they want to. Why?

Think about playing Monopoly or Parcheesi, or any other board game you play in a group. What comes to mind? Laughter? Anger? Malicious joy? All of these emotions can be expressed freely while playing. At work, feelings, especially the extreme ones, are usually suppressed. While playing, you can laugh out loud at the misfortunes of others without risking strange looks from your playmates. You can be silly and reveal your dark side; everything that makes us human. In the words of German poet Friedrich Schiller, “Man only plays when in the full meaning of the word he is a man, and he is only completely a man when he plays.” When running an innovation workshop, I like to say, “This is Pippi Longstocking* country; we can do whatever we want.” Once, my co-trainer Tino complained after a workshop, because I didn’t jump on the table. He missed the shocked faces and the impact it left on the seminar participants. But, what might seem to be beyond-the-pale behavior, in fact, supports divergent thinking. Acting childish and releasing hidden emotions does us good for two reasons: One, behaving foolishly allows us to turn our imagination on; we overcome mental borders. Two, goofing around helps release pressure because we start laughing. Studies have shown that following a good laugh, your pain threshold increases significantly because endorphins are released. 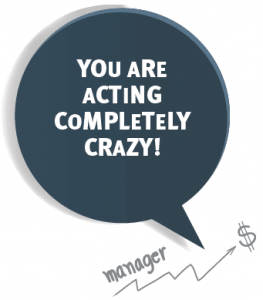 On the other hand, visionary thinking won’t thrive if out-of-the-box thinkers are not allowed to play and express themselves freely. If dead-serious people insult the dissenter’s intelligence with snide comments like, “You are completely crazy!”, or “Not playing with a full deck? Hahaha!” Oh, and don’t forget the best one: ‘eyes rolling’. 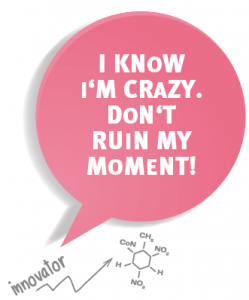 How to incorporate a permissive culture

To facilitate a permissive culture in your workplace, consider the following 3 tips:

CREATE BUBBLE SPACES. To overcome the clash between the corporate efficiency reality and somewhat opposite free-spirited thinking, it’s best to clearly distinguish between the working modes. Create bubble spaces where your staff can escape daily business and focus solely on ideas. You might want to hang a sign outside the bubble area: “Attention! People bubbling in here!” 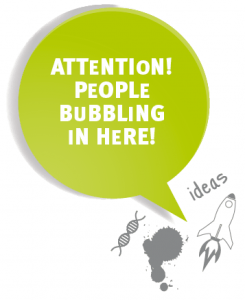 GIVE MAXIMUM FREEDOM. Allow people to do whatever they need to do, to be resourceful. A sense of freedom in their behavior is essential for the mental freedom true creativity requires. If an employee needs to play a videogame as part of his personal ideation process, let him! If another employee needs to go and take a run in the park to come up with ideas, tell him to go ahead! In fact, movement is proven to have a positive effect on creativity.

UNDERSTAND ECCENTRICS. Individuality is the ‘raw material’ for creative alchemy. But people who are visionaries often act childish, diva-like, or overly emotional. Therefore, they risk being misjudged and ridiculed by their colleagues. Artists are sensitive. If they are not taken seriously, they may back away and keep their ideas to themselves. Advise your staff that unconventional thinkers are needed for innovation and future growth. On the other hand, you might tell the diva to cooperate and team up. No one is special, just different.

* Pippi Longstocking is around nine years old and lives alone in the Villa Villekulla somewhere in a small village in Sweden. She has a white horse and is the strongest girl in the world. Her mother is an angel, and her father is a cannibal king; at least this is what Pippi tells her teacher. Some believe that Pippi is just a fictional character created by Swedish author Astrid Lindgren.

If you would like to dig deeper into creative leadership, have a look at my book Innovator’s High. This how-to guide helps you to better manage out-of-the-box thinkers. 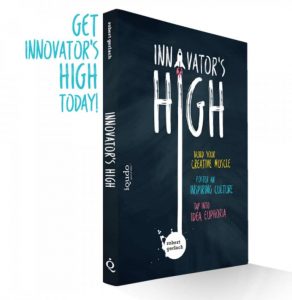 Get Innovator’s High on Amazon.com // Amazon.de

2 thoughts on “How to best manage out-of-the-box thinkers?”