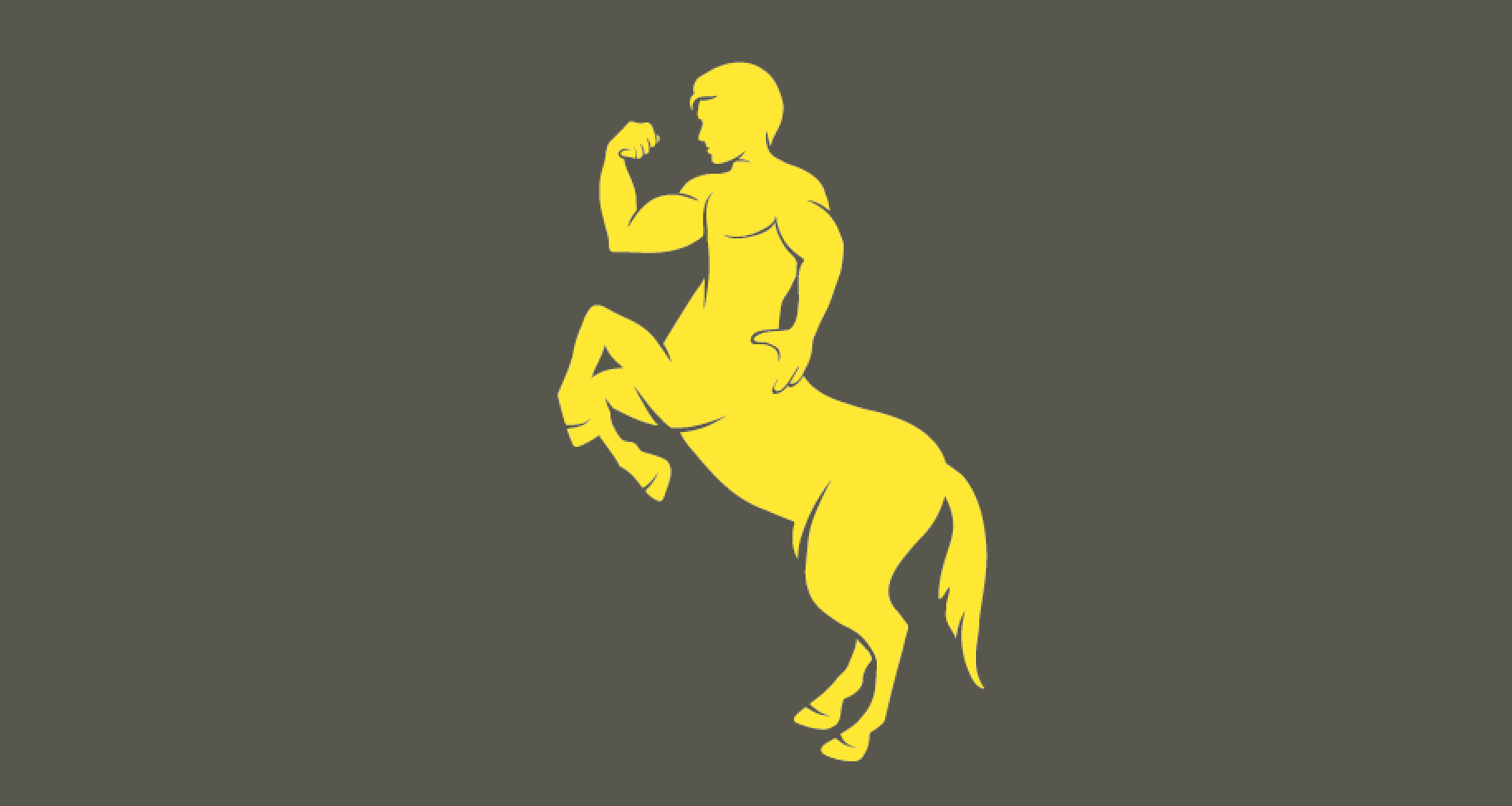 Heterogeneity: Combine two worlds to create a new one.

Renaissance brought forth many exceptional artists. Such as Michelangelo and Leonardo da Vinci. Both of them were legends during their lifetimes. Michelangelo was a sculptor, a painter, and an architect, but da Vinci crossed the disciplines and drew sketches of musical instruments, hydraulic pumps, reversible crank mechanisms, and a steam cannon.  The big question is, “How did Leonardo become this universal genius?” Young Leonardo had been exceptionally gifted by nature; his intelligence was way above average. His biographer Giorgio Vasari wrote, “And so great was his genius, and such its growth, that to whatever difficulties he turned his mind, he solved them with ease. “(Life of Leonardo da Vinci, 1550).

Artistically, da Vinci had been educated in Florence, by the sculptor, painter, and goldsmith Verrocchio. But where did his knowledge for constructing bridges and inventing technical machines like tanks, submarines, and helicopters came from? As we know today, some of his flying objects actually worked; one bridge he designed was built as a smaller version in Norway in 2001, (The Leonardo Bridge ProjectProject). Leonardo had neither studied at a university nor did he possess any formal education in mathematics or Latin. Wikipedia explains Leonardo’s approach to science as “one of intense observation and detailed recording, his tools of the investigation being almost exclusively his eyes.” But can natural giftedness, intelligence, and investigative observations alone explain how Leonardo knew how to construct a bridge? Therefore, knowledge about structural engineering was needed.

Leonardo himself strongly believed that “practice must always be founded on sound theory.” He noted in his sketchbook, “those who are in love with practice without knowledge are like the sailor who gets onto a ship without rudder or compass and who never can be certain where he is going.”

What can you say about the most influential innovator of our time, when everything about the legend Jobs has already been saying, biographies have been written, and Hollywood has documented his life in two movies “Jobs” (2013) and “Steve Jobs” (2015). Has everything been said? Really? Or, could there be an undiscovered secret to the brain, which revolutionized the computer, music, phone, and the entertainment industry?

According to research published by Harvard Business Review (The Innovator’s DNA, December 2009), the researchers identified “five ‘discovery skills’ that distinguish the most creative executives: associating, questioning, observing, experimenting, and networking.” Particularly interesting here is the skill ‘associating’. It is the ability to connect seemingly unrelated things from different areas.

The more diverse our experience and knowledge, the more connections our brain can make. For instance, Steve Jobs made an association between the size of a phone book and associated with the maximum size a computer should occupy on a desktop; which back then was three times smaller than any computer on the market. He also connected the silence which he experienced in Zen meditation with a silent cooling system for computers. Jobs himself refers to his ingenuousness with the quote, “Creativity is just connecting things”. On the same note, other authors also recommend that you leave your comfort zone to pursue new experiences outside of your area of expertise; embrace change and diversity of opinions; and to make more connections outside your field, like attending conferences you usually would not visit.

Having an affinity for new experiences and combining unrelated things is essential to innovation. True! But is it enough to revolutionize an industry? Does it explain how someone, who grew up in the computer industry, can suddenly change the music business by inventing a portable music player, such as the iPod? Does it explain how someone can convince the leading CEOs of another industry, in this case, the music industry, to contribute their songs to the Apple software platform iTunes?

Finding inspiration outside of one area of expertise is one thing. Revolutionizing a whole industry is another. Making people believe that creativity is just connecting things, is like explaining success in football with “passing the ball.” It takes a lot more to revolutionize an industry. To better understand the foundation of Jobs’ disruptive innovations let’s step into another world.

In 2010, I went to Hollywood to take acting classes at The Acting Corps. I wanted to know how acting schools teach creativity. After three months I had a glimpse of what great acting was all about; how crucial emotions are to touch the heart of the audience. A whole new world unfolded in front of my eyes. I hung out with actors, met producers, agents, make-up artists, caterers, directors, and all sorts of dreamers who are in the self-promotion business. As a side effect, I started to like acting and went for auditions all around L.A. Suddenly, I found myself reading aloud from a script to get a part in the dream factory. 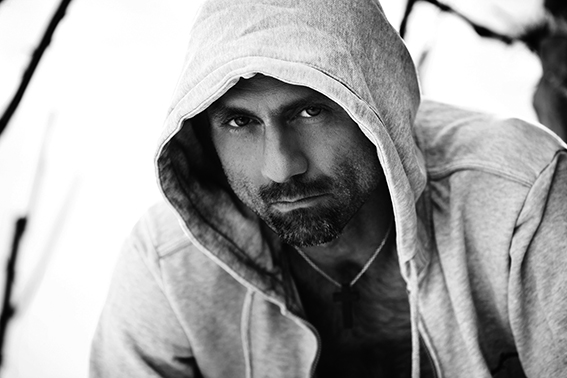 I positioned myself as the evil German, (a cliché about the Germans that still works in the 21st century.) Surprisingly, within just a few weeks, I got parts as a drug dealer and a supervillain in student movies, as well as a 14th-century priest in the episode, Eat, Pray, Die (2011), for the TV series 1000 Ways To Die. This was all very much to the surprise of my landlord, who for several years had been trying hard to become an actor, but had ended up in the catering and carpentry industries. To him, L.A. is a load of BS: BULLSHIT! I’d say it’s one of the most competitive corners of the world; with millions of wannabe actors, a few who actually can live from acting and very, very few who become famous. It’s a very hit-or-miss business. Here is a joke about actors:

The music business is a cruel and shallow money trench, a long plastic hallway where thieves and pimps run free, and good men die like dogs. There’s also a negative side. – Hunter S. Thompson

It is only 300 miles from Silicon Valley to Hollywood, but they are two different worlds. Steve Jobs described that Hollywood is really very different compared to Silicon Valley and that neither understands the other at all. “People up here (Silicon Valley) think being creative is some guys in their late 20s and early 30s sitting around old couches drinking beer thinking up jokes. It couldn’t be further from the truth.” Jobs concludes that the creative process is just as disciplined as the technical process and that it requires just as much talent. He complains that people in Hollywood think technology is only as deep as something you buy, and that there is no technical culture in Hollywood. As a result, Jobs believes “they [Hollywood] couldn’t attract and retain good engineers to save their life because they’re second class citizens down there. Just like creative people are second class citizens in Silicon Valley.”

In 1995, nine years after first taking over Pixar, Jobs released the first animated movie Toy Story, which became a blockbuster. Working with creative director John Lasseter and the Pixar crew, as well as the people from Disney, Jobs understood what kind of ingredients a movie needed to have, how a great storyboard is written, and what it took to touch the heart of the audience. Things he probably would never have learned amongst the tech people of Silicon Valley.

As a consequence of the heterogeneous experience that Jobs made in Hollywood and the network he built up there, he was able to connect the dots between the computer and the entertainment industries. Not surprisingly, from the perspective of Steve, the first revolutionary Apple product that he presented on October 23rd, 2001 was no longer a computer or a laptop. It was a mobile device, built purely to entertain. The iPod was aimed to hit the heart of the consumers like a blockbuster movie. It targeted the biggest group around the world – the ones who love music.

The iPod was a result of many influences that came into play around this period. One was that computers became the digital hub for mobile devices. Another was that music download platforms like Napster and Grokster became popular, but later ran into legal difficulties over copyright infringement and had to cease operations. But neither Sony nor Microsoft saw the upcoming potential for digital music players. It was Steve Jobs who combined his heterogeneous experience from the computer and entertainment industries.

Again Jobs explains why the computer and entertainment industries don’t have a clue of each other, and how he became aware of a great divide when he went to Pixar: “Tech companies don’t understand creativity. They don’t appreciate intuitive thinking, like the ability of an A&R guy (Artists and Repertoire manager) at a music label to listen to a hundred artists and have a feel for which five might be successful.” Jobs continues that tech companies think that creative people just sit around on couches all day and are undisciplined because they have not seen how driven and disciplined the creative folks are at places like Pixar. Jobs finally reveals what makes him unique, “I’m one of the few people who understands how producing technology requires intuition and creativity, and how producing something artistic takes discipline.”

Jobs had a deep understanding, as deep as the invisible part of an iceberg, of two industries that have nothing in common, besides misconceptions and prejudices. In the case of Steve Jobs, it took a heterogeneous knowledge and an extensive network in both industries, for a disruptive innovation to be successfully rolled out. Jobs’ heterogeneous background enabled Apple to develop an entertainment device such as the iPod.

The tragedy of having one expertise only

Of course, there are a lot of other things you could say about Jobs and what made him unique. There is always a broad set of skills and expertise required to lead to the success of a novelty. One is that Steve Jobs had good taste. Bill Gates once said, “I’d give a lot to have Steve’s taste”. A noteworthy realization. Most people aren’t even aware that they don’t have any. Even some graphic designers seem to make a living without having good taste, just look at billboards on your local subway.

Jobs possessed the rare gift to evaluate the novelty of innovation from the technological and the aesthetic aspect. Often a decision-maker evaluates a prototype, but only possesses the expertise of one part of the prototype, which will result in a second class product. Or for instance, a creative director could be excellent at copywriting but may have little qualification to evaluate typography or good graphic design and therefore hires “second class” art directors. That’s what Steve Jobs meant when describing the difference between Hollywood and Silicon Valley. Someone with expertise in one domain does not understand the other and therefore hires “second class” people, which will never result in a stunning product.

Have another world next to you

Let’s go back again to the times of Leonardo da Vinci; how he could cross the disciplines, and where his construction skills came from. Leonardo had a long-term working relationship with Luca Pacioli, a famous mathematician at the time, who had perfected double-entry bookkeeping. The two met in 1496 at the court of Ludovico Sforza in Milan and befriended each other, (the status of their relationship remains unclear). Over the years, they traveled together from Milan to Florence and Venice. 13 years later, in 1509 they published the book “De Divina Proportione” (On the Divine Proportion). Pacioli provided the text and da Vinci 60 illustrations. They even tried to solve the quadrature of the circle, which had been an unsolved problem since antiquity but did not succeed. Most likely Leonardo learned from Pacioli’s natural scientific knowledge over many years, and therefore, was able to draw blueprints and construct technical devices. Most likely it was the heterogeneous knowledge Da Vinci gathered that differentiated him from Michelangelo and made him the universal genius of his time.

What kind of hypotheses can we draw from the two examples, Jobs and Da Vinci? What is there to learn from this heuristic approach?